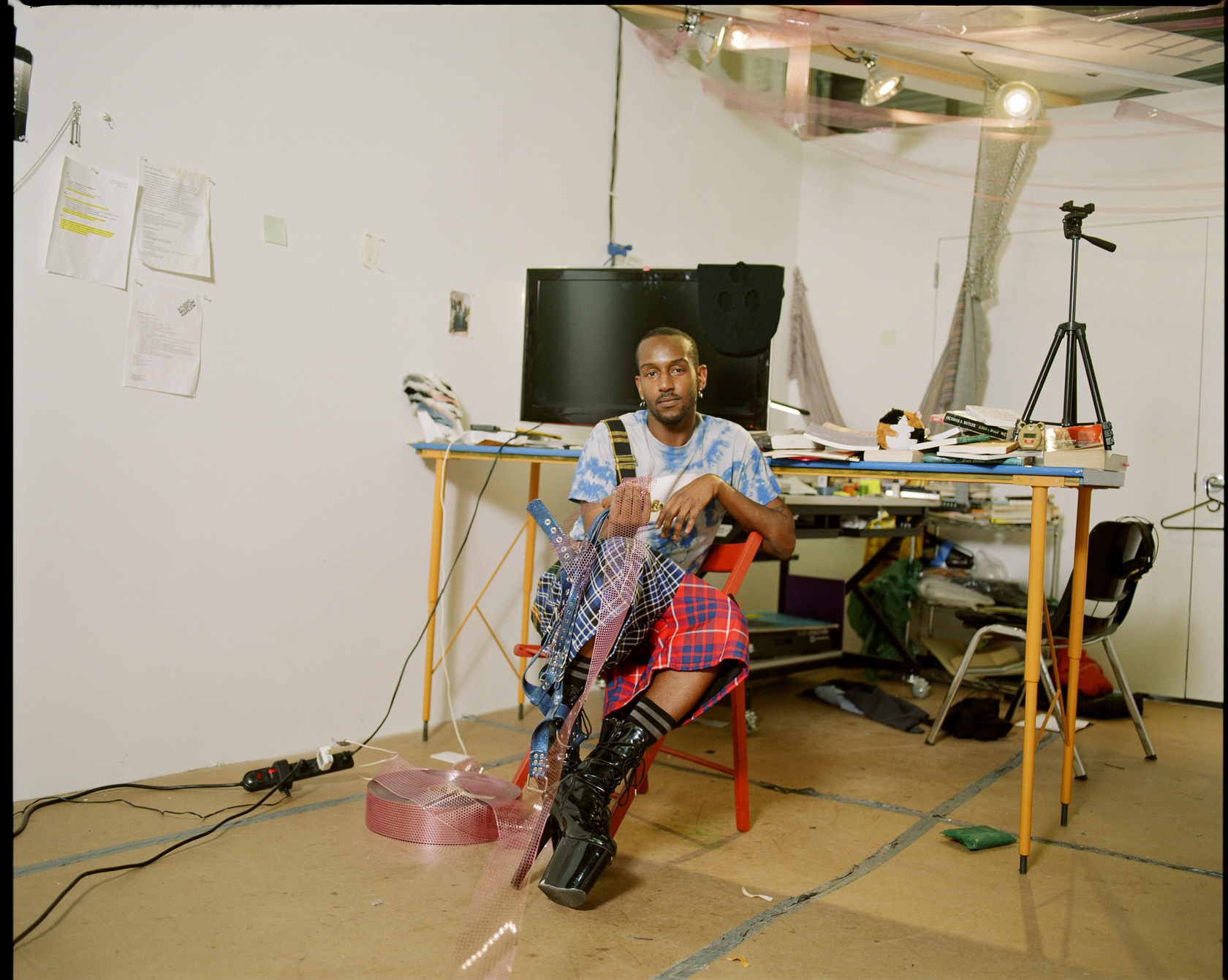 Body, how dare you!

Body, you got some nerve!"

So exclaims Elliot Reed in his 2017 performance COMEDY (2017) at Nous Tous Community Gallery in Los Angeles’s Chinatown. The frequency with which Reed invokes his concept of the “body” renders it fundamental to his artistic schema. Above, the idea of a unified “body” is not strictly corporeal but also has the potential to represent a group or another more abstract entity—the metaphorical. As an introductory lyric, this excerpt from COMEDY (2017) appears naked, an isolated component without context. In this respect, it is meant to mimic the uncertainties that surge from Reed’s work itself: From whom and to whom is the first directive given? For what could a formless “body” possibly be culpable? Of what could it be accused?

As a performance artist Reed is guided by a firm philosophy: “Time is my material, and my embodied self is the medium.” Video documentation of his past performances offers entry into a prismatic practice and presents segments such as America’s Procession (2018), a group performance and ode to his great grandmother America Bell Miller, or 500 Questions (2018), in which Reed and his cast march around the Getty Museum in uniform, posing both basic and ontological inquiries. Frequently accompanied by a cast of performers, Reed unfurls nonlinear narratives that involve improvisation, instances of gestured instructions to his fellow performers or audience members, text that alternates between shout and whisper, objects smashed against the floor, and chants delivered in cadence. Rarely does Reed perform on a stage. More often, he takes a position in the audience or circulating through a room. In experiencing his practice, one is likely to encounter questions rather than immediate answers. In fact, many of his performances seem to elude explanation. At any moment, Reed may enter the space as one of several different personas: director, composer,  actor, musician, protagonist, or ensemble member. Each is linked to different stages in the genesis of his creative work, and each is positioned alongside his audience—a “body” of individuals that represents the world outside of his creation.

These moments are perplexing to watch and occasionally inscrutable. The viewer requires a few seconds to acclimate to Reed’s live performances and videos alike, since, at its core, the work is experiential and existential, and refuses the boundaries of logic. By his design, the performances cannot be reasoned through. Rather, they are intended to be felt through. Reed fashions an intuitive atmosphere via improvisational techniques and regularly refers to the practice of “devising games” as his performance imperative.

"Time is my material, and my embodied self is the medium."

The first time I spoke with Reed, he mentioned his fascination with science fiction authors Samuel Delany and N.K. Jemisin, both of whom he was reading at the time. Reflecting back, these influences now appear to manifest plainly in his process and work. Like these artists, and others of their genre, Reed’s performances entwine with the practice of world building. N.K. Jemisin herself has spoken publicly about her approach to constructing new realities, which nearly always spring from her observations of power dynamics in the social and cultural worlds we occupy. Our social reality functions much like a game; success, measured by consistent and daily “functionality,” relies heavily on one’s existing ability to adhere to the rules of an imposed social order.

Reed fuses this social analysis with the apparatus of performance, thereby designing a game or alternate “world” whose mastermind is actually visible, and within which a normalizing influence is devised openly and in realtime. Reed presents a theoretical facsimile of our social order in which power is embedded in the micro-networks of society, operating through the minutiae of daily life from on high, and ultimately regulated between and among ourselves—our self-disciplinary practices, our self-subjugation, and our pursuit of both individual success and normalcy. With Reed’s deadpan (at times acutely humorous) rejection of the obvious, he does not lean on some cheap denunciation of this sovereign social order. Instead, he subverts its logic, creating an entirely new world that is nearly undetectable until one’s dreamy descent into it has already begun. “When I design a piece, I’m mostly interested in promoting the ‘why,’” he explains. “Once I press play on the performance, all bets are off. Well, not exactly. I put care into setting up the parameters, like putting rats in a maze—but then I bred the rats, built the maze, and also cooked the little treat that’s at the other end. I still don’t know exactly how the rat’s going to get there, but it always does.”

As soon as the artist establishes the unorthodoxy of the world of his performance, the codes of conduct we adhere to in reality become unintuitive, toothless. That is, all real-world expectation is replaced with the expectations of the world Reed conjures. Reed’s ultimate objective is to build an entirely new social order within the spatiotemporal constraints of each performance, a pursuit that is anchored to feelings of risk and, by extension, trust. Most often in Reed’s work, these risks engender feelings of collective discomfort and unease. From a critical perspective, this is the emotional crux of Reed’s practice, and one of its greatest unplanned successes. Reed presents us with a simulation of the ways in which reality frustrates expectations, such as the expectation that all experiences are sensible and conclusive. In doing so, he demonstrates a most difficult concept to synthesize: arbitrariness, an ephemeral sense of definitive identity, truth, reality, and meaning.

Beginning something entirely new is perilous, but also holds promise. When asked what audience members are meant to experience during his performances, Reed resists prescriptivism. What is clear is that those who enter one of Reed’s performances as socialized bodies emerge, at the very least, having experienced some sensory-somatic shift toward liberation and away from the expectations that conscribe and constrict our communal, physical, and intellectual conduct.

Sami Hopkins is an artist, musician, and writer based in Queens, New York. 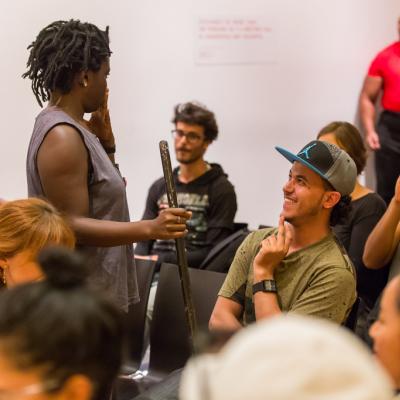 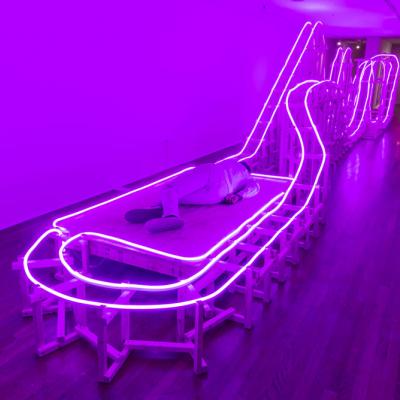